Get A Free Estimate

Solar power is a convenient source of producing green energy and promoting an eco-friendly environment. Our company has a team of best NABCEP certified system designers. 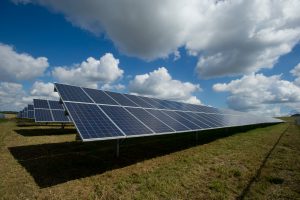 Get a Free Estimate Today>>

Get a Free Quote

Solar panel systems are the photovoltaic cells that absorb the direct sunlight and transforms them into direct current to generate electricity. In the era of global warming, it has become a major concern with the emission of greenhouse gases coupled with the depletion of valuable coal-based natural resources. As a renewable source of energy, the solar panel becomes a primary choice due to the feasible provisions of producing power. 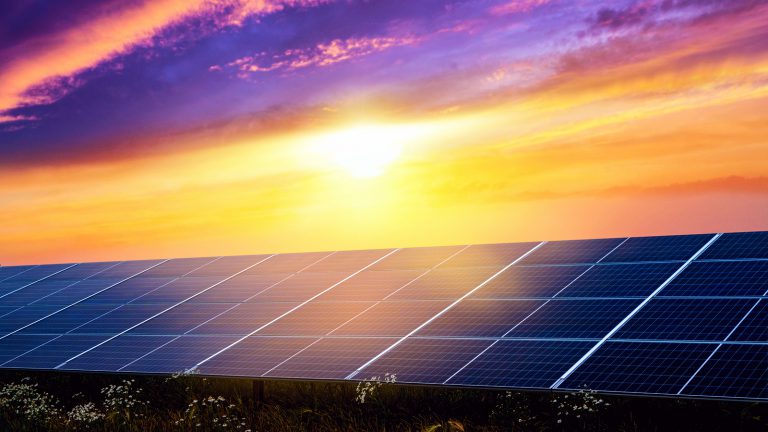 In a commercial solar panel, several modules and solar panels are connected to form a solar array that produces an enormous amount of electricity to run the power system of the commercial buildings. Initially, the installation and lodging charges are on the higher side, but with the passage of time, the power costs are neutralized. These solar power panels are basically the grid-tied system that meant to offset the higher tier utility rates and develop system paybacks to compensate during the peak hours.

Residential Solar Panel has a unique range of photo-voltaic cells and is consistent in size compared to the commercial ones. Generally, 6-kilowatt solar panels are used in the houses of the U.S.A. These can be easily perched on the rooftops of the homes. Solar power panels are quite efficient in driving down power consumption, thus helping to reduce the electricity bills. One can also select between the ground mount solar and community solar garden if rooftops isn’t a desirable option for them.

The Solar panel systems are positioned on a mounting structure that gives it a firm base. The direction in which the panels are placed is considered essential to generate electricity. New York, is located on the Northern Hemisphere, requires the panels to be stationed on the South direction. The West or East directions also work considerably better compared to the North, which should be avoided.

Once the solar-grid is joined with the inverters, the main switch can be plugged in. Join the line terminal of the inverted with the positive wire and neutral terminal with the negative wire. Inspect the connections properly before switching on the main power. Establish a meter wire to check the excess energy generated. There is also a digital display to access the energy generation, current ampere, and supply voltage.

How much does it cost to install a solar panel in N.Y.?

The approximate price of a solar panel in New York was $3.19 per watt. The typical solar panel system in the U.S. for residential purpose is 6 kilowatt. So the average cost of installing these panels stand somewhere around is $19,140.

Do solar panels increase the value of a house in N.Y.?

Are Solar panels free in N.Y.?

One can get nearly free solar panel installation in New York, as the government aims to go green till 2023. There are several discounts and rebates offered by the government like Federal Tax Credit, New York Tax Credit, New York Solar Power Rebates, Property Tax Exemption, a Sales Tax Exemption, and many more such schemes. You should read more about it here.

Do you need a permit to install solar panels?

As per the N.Y.C. Construction Codes, no permit is required to install solar panels at a residence if the work is done through a Registered Design Professional or, Licensed Contractor. You can read more about it at the NYC Solar Permitting Process Guide.

How much does a solar panel cost for a 1500 sq feet house?

Generally, a house in New York is about an area of 1,500 sq feet, and the electricity cost of these houses are around $100. They will require a minimum of 16 panels to provide full coverage of electricity. It will cost somewhere between $2,000 and $5,000, including installation, inspection, and permit charges.

What size of solar kits do I need?

How many solar panels are needed to power an average house?

An average house in New York covers an area around 1500 sq feet and to provide electrification in the entire house it will require around 16 solar panels.

How much does a 10KW solar system cost?

How long do solar panels last?

A regular solar panel comes with a lifespan of around 15-20 years. However, it also depends upon the maintenance and servicing as well. Maintaining it a couple of times a year will help to restore the panels for a long time.

What are ground mount Solar and Community solar garden?

One can also select between the ground mount solar and community solar garden if rooftops isn’t a desirable option for them. Ground mount solar are meant for the ground, and community solar gardens give a choice to share the solar energy between the members of the community. Installing solar panels at home can take some days, and it depends upon a few other factors which can further increase the time.